Liz - Tell us a little bit about where you hail from?

Bruce - I was born in the Northgate shopping mall in Seattle, Washington. We lived in rural King County at the north end of Lake Washington. There was a Nike nuclear missile base on top of the hill above our house.

Liz - Can you tell us about your book, Anzar the Progenitor?

Bruce - Anzar the Progenitor is about my continuing contact with an ancient alien mystic. The first half of the book provides my research on how the spirit world, alien world, and quantum world are really the same thing. The second half of the book provides three years of transcripts from my communication with Anzar. At the end of the book, I share 45 of the most profound bits of information I have received from Anzar and detail some of his predictions and prophecies that have come true.

Liz - I find this fascinating! When did you have your first encounter and how did you know it for what it was?

Bruce - My first contact with Anzar, that I am aware of, was in 1964. I did not know that this was an alien contact experience until recently. I remember some conscious details of high strangeness from the experience in 1964, but the whole story came out under hypnotic regression by my friend Yvonne Smith.

Liz - Did you come up with the name Anzar, or was it provided to you?

Bruce - Anzar came to me in a powerful vision in 1997 but he then told me he was the Progenitor. When I started to take regular meditative spirit walks in 2018, I made contact with him again and he told me his name was Anzar.

Liz - What is the different between an Ancient Alien and any other Alien species?

Bruce - Anzar was the first contact on Earth, therefore his name is Anzar the Progenitor. In his words, he has been giving us nudges all along helping with our evolution as a species.

Liz - You’ve had weekly contact since 2018—what initiated this contact and what led you to continue it? Bruce - In October 2016 my childhood friend Gene Thorkildsen came to me in a powerful vision. He had died of cancer in September 2016. IN that vision he told me that it was time to tell my stories and to not be afraid. He even gave me the name of the book or books I was to write: Timeless. I ended up writing a trilogy of Timeless books, Timeless, Timeless Deja Vu, and Timeless Trinity. Gene also convinced me to reconnect with Anzar in 2018. I maintain this connection and integration with Anzar because that is my mission to help with what Anzar calls a leap of consciousness for humankind.

Liz - Can you explain your theory that the alien and spirit worlds are the same?

Liz - What is the Era of Reconversion?

Bruce - Anzar says that through a leap of consciousness we will enter into an Era of Reconversion where we will synthesize our modern science with the ancient wisdom of our ancestors who understood the implicate reality better than we do. This is essentially the next step in our evolution as a species. This will happen as a result of a personal revelation from each human being.

Liz - What are your thoughts on the government disclosure of UFO’s and aliens?

Bruce - Our government and all governments want to control alien knowledge and technology. They believe that they can strap a bomb to it and dominate others. That is why they guard information and provide disinformation and are generally misguided in their approach to disclosure. Disclosure is something that happens for us on behalf of the government. It is other directed. Why should we wait for the government to tell us the truth through disclosure when we already know the truth? As my friend Gene said: “It is all true, all of it!” I prefer to call this process Revelation with all that entails.

Liz - Do you think this limited to certain countries or worldwide?

Liz - How long do you think your communication with the alien world will extend?

Bruce - As long as the universe exists.

Liz - What is your process for taking the information you’ve learned and turning it into a book?

Bruce - I take spirit walks 3-4 times per week. After doing my protection prayers and get into a meditative state as I walk up toward the San Gabriel Mountains on a road that used to be an ancient medicine road used by Native Americans. I then connect with Gene, my parents, other spirit guides, and Anzar. I record my contact with my voice recorder on my phone and then transcribe the contact into my spirit journal when I return home.

Liz - Can you tell us about The Timeless Series?

Bruce - My three Timeless books document 89 paranormal experiences that I have had since age four. These experiences include ghosts, angels, demons, cryptids, telekinesis, psychokinesis, mediumship, and alien contact.

Liz - The cover art for these is interesting! How did you come to work with the artist, Gary Dumm?

Bruce - Gary and I have been working together since 2015. I wanted a comic book artist to illustrate comic book pages for my history anti-textbook. I reached out to Gary because of his work with Harvey Pekar who created American Splendor in the mid-1970s (American Splendor was turned from a comic into a movie in 2003 featuring Paul Giamatti). I then asked Gary to illustrate my Timeless trilogy and later my Snarc comic books.

Liz - What are you working on next?

Bruce - I am working with a young Polish female artist named Julia Kazanowska on my Dr. Jekyll Alien Hunter comic which is a spin off comic from my two Snarc comics. Snarc is a human-alien hybrid who comes to Earth to help prepare us for colonization until he has a change of heart and decides to save us. Dr. Jekyll is an anthropologist who followed in her father’s footsteps to study ancient aliens.

Bruce - My website is bruceolavsolheim.com and all of my books are on Amazon except for Snarc #1 that is on comiXology.com. I also have a Facebook presence.

Behind the Book - M.J Preston

A.E Winstead and The Fate of the Fallen

Behind the Book with Jenna Nelson

Behind the Book with Stephanie Lavigne 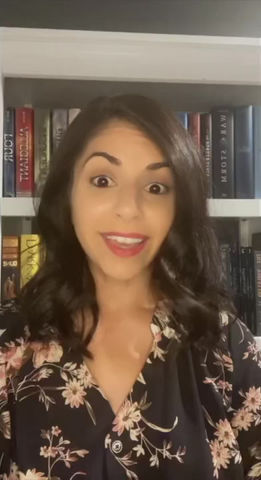 Behind the Book with Penny Reilly

Behind the Book with Kristi Charish